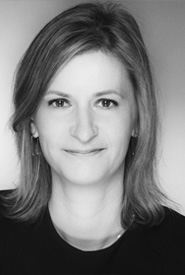 >> All our practices
Caroline Scherrmann’s practice has focused on advice and litigation in relation to mass redundancies, negotiation of company-wide agreements and career-management for top executives within international groups, notably Scandinavian groups..

She has also specialised in advising the representative vocational training funds (organismes paritaires collecteurs de la formation professionnelle or OPCA) on changes to their legal status or organisational structure.

Caroline Scherrmann, with dual French and Luxembourg nationality, is also a member of the France-Luxembourg Business Club.

Caroline Scherrmann, who speaks fluent English, holds two Masters Degrees (labour law, pharmaceutical law) and a Master of Laws in EU law; she began to practice in 2005 with Freshfields Bruckhaus Deringer, before joining the teams of Hubert Flichy and Olivier Kress at Flichy Grangé Avocats in 2010.
All Partners
IMPORTANT COOKIES INFORMATION
We use technical cookies to ensure the proper functioning of the site, we also use cookies subject to your consent to collect statistics visit.
Click below on & laquo; ACCEPT & raquo; to accept the deposit of all cookies or on & laquo; CONFIGURE & raquo; to choose which cookies require your consent will be registered (statistical cookies), before continuing your visit to the site. Show more