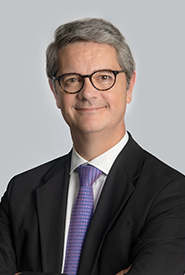 He provides guidance not only to companies but also to a variety of institutions and professional federations.

A recognized expert in labour law for nearly twenty years, and a lawyer for five years with Barthélémy Avocats from 2012 to 2017, Franck Morel was advisor to four Ministers of Labour from 2007 to 2012 and to Prime Minister Edouard Philippe on labour relations, work and employment issues from 2017 to 2020. He has contributed to the formulation of 15 labour law reforms.

Franck Morel holds a post-graduate degree (DESS) in human resources management from the IAE of Lyon III. He is also a former labour inspector, trained at the Institut National du Travail, de l'Emploi et de la Formation Professionnelle, where he was Director of Studies from 2001 to 2006.

Franck Morel is a senior fellow of the Institut Montaigne in the fields of work, employment and social dialogue.