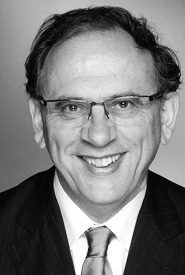 >> All our practices
A specialist of collective litigation, Hubert Flichy advises numerous groups, French and international, on the implementation of restructuring plans.

From 2001 to 2003 Hubert Flichy was president of EELA (European Employment Lawyers Association), which groups almost 500 lawyers in labour and employment law.

In January 2004, he was a member of the committee “for a more effective employment law” known as the “ de Virville Commission”.

In 2004 he created AVOSIAL, an association for lawyers in employment and labour law where he is currently a distinguished Honorary Chairman.

Hubert Flichy founded and chairs Employment Mediation and Arbitration Center (CMAT), France’s first centre for arbitrage which deals exclusively with labour-law matters.
All senior counsels and consultants
IMPORTANT COOKIES INFORMATION
We use technical cookies to ensure the proper functioning of the site, we also use cookies subject to your consent to collect statistics visit.
Click below on & laquo; ACCEPT & raquo; to accept the deposit of all cookies or on & laquo; CONFIGURE & raquo; to choose which cookies require your consent will be registered (statistical cookies), before continuing your visit to the site. Show more