You are here :
International 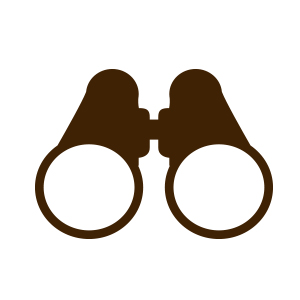 From Left to Right

Benoit Hamon is the former education minister under François Hollande. His policies are more left-leaning than other socialist candidates.
His programme has been built around the radical proposal of a universal monthly subsidy for all French citizens, regardless of income. He wishes to tax the wealth created by robotized work and to undo the labour law passed last year that, among other things, lowered restrictions on hiring and firing processes.

His programme includes such employment and business measures as:
- rendering executive boards more representative of the staff
- recognizing burnouts as an occupational illness
- cracking down on “hidden employment”  and therefore facilitating the re-characterization of certain services agreements into employment contracts
- giving Works Council a veto right
- cracking down on corporate tax evasion
- favoring European fiscal harmonization
- recognizing the right to disconnect from work phones and emails during off-duty hours

Emmanuel Macron is a former investment banker from Rothschild and was an economic adviser to President Francois Hollande before becoming minister of the economy in 2014.
At 38, he is among the youngest candidates.
He is known for his "Macron Law", a bill that allowed shops to open more often on Sundays and deregulated some sectors of industry.
He is an economic liberal and pro-business, who has backed ending France's 35-hour week for younger workers, but is on the left on social issues. His campaign program includes universal unemployment rights, a simplification of the French labour code, and of employee representation.

62 years old, former Prime Minister under Sarkozy and member of parliament.
Mr. Fillon is campaigning on radical plans for economic belt-tightening include cutting half a million public sector jobs, scrapping the 35-hour work week and removing the wealth tax (ISF). Such measures have drawn comparisons to the late British prime minister Margaret Thatcher.
He wishes to immediately reduce business taxes and expenses by € 50 billion, with priority being given to lowering the cost of labor.
- Rewrite the labour code to accentuate the focus on basic social standards
- Leave everything else to negotiation at the company or branch level and establish corporate referendums in case of a breakdown in negotiations.
- Set up employment contracts with predefined and progressive termination procedures.
- Allow “reorganization of the company” to be a reason for collective redundancy procedures in order to facilitate the adaptation of companies to their competitive context.

Mrs. Le Pen wishes to lead France out of the Euro. Her party is in general hostile to European Union involvement in national legislation and favors a stricter view of “national sovereignty”.
Economically, she advocates for the lowering of taxes and the implementation of higher tariffs on foreign goods and pushes for employment protectionism with the plan to tax companies that employ foreign nationals in France.

There are four major candidates (and many other outliers), with three of them on the center/right side of the political spectrum. The general understanding is that France’s legislation needs to favour entrepreneurship, innovation, with most of the candidate’s pushing for one form of deregulation or another. The current situation is seen as hostile to growth and risks. What’s sure is that whoever wins, there will be legislative and political reforms regarding employment, taxes, and social measures which will require adaptation and quick reflexes from the private sector.

<< < ... 11 12 13 14 15 16 17 ... > >>
IMPORTANT COOKIES INFORMATION
We use technical cookies to ensure the proper functioning of the site, we also use cookies subject to your consent to collect statistics visit.
Click below on & laquo; ACCEPT & raquo; to accept the deposit of all cookies or on & laquo; CONFIGURE & raquo; to choose which cookies require your consent will be registered (statistical cookies), before continuing your visit to the site. Show more