After months of postponements, of uncertainty, and of political debates and negotiations, Brexit is now a reality. The United Kingdom and European Union reached an agreement on the modalities of the withdrawal.
What does it mean for European workers in the UK? And what about British nationals residing in the European Union ?

This question concerns millions of people: there are 3 million European nationals currently residing and/ or working in the United Kingdom, and there are 2 million Britons in the EU.

Also, there is an important, equal flow of workers seconded between France and the UK.
Here’s a rundown of the situation.

For Britons residing in France

Regardless of the situation, time is of the essence, so companies and individuals should quickly take stock of their situation and take appropriate action promptly.

For European nationals residing in the UK

What does the EU Settlement Scheme provide?

Depending on how long the individual has been residing in the UK (more or less than 5 years), they will receive either “pre-settled” or “settled” status.
Both of these statuses will provide similar benefits, which include in particular the right to work in the UK, use the NHS for free, enroll in education, access public funds, and travel in and out of the country.

Circulation between the UK and EU
Under the terms of the agreement, the conditions for entering the EU and UK for reciprocal nationals will remain unchanged until December 31, 2020.

The withdrawal agreement provides for a transition period up to December 31, 2020. During that window, the current European legislation will continue to apply.
This means that all the current rules regarding the coordination of social security regulations in the EU will continue during the transition period.
This also entails the continuation of current rights and benefits regarding welfare at a coordinated European level.
After this transition period, only the laws of the United Kingdom shall apply. This will include any trade or social benefit agreements that are reached between the EU or its members and the UK.
This transition period will not be extended, according to the British PM.
Flichy Grangé Avocats can help you in handling the legal and administrative matters surrounding Brexit, in order to ensure a smooth transition for your business, whatever the political context.

An L&E Global Webinar will be hosted soon on this very topic. Stay tuned on our website for details
to come.
International 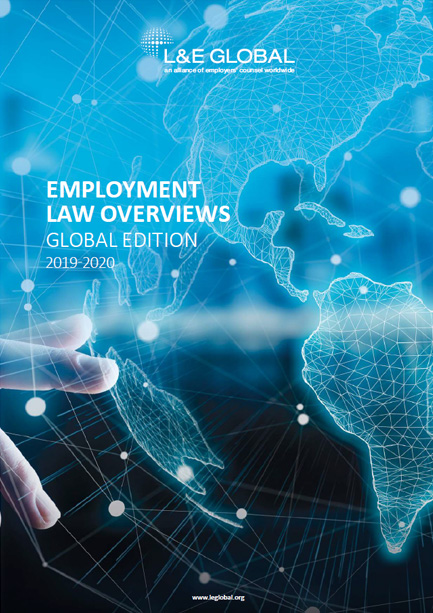 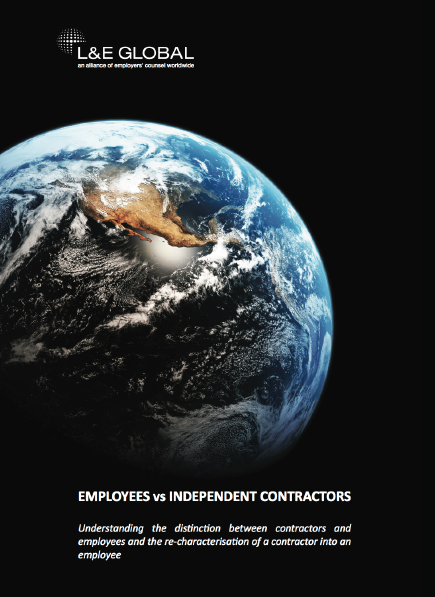 L&E Global is proud to announce that our member firms in Latin America have been recognised for their expertise in the field of labour and employment law, in the recently published edition of Chambers Latin America 2023. Chambers ranks and reviews the top lawyers and law firms in over 200 jur...
Read more

We are pleased to announce that the boutique employment law firm Zambelli & Partners is joining  L&E Global as its  member firm in Italy and further strengthening the alliance’s  presence in Europe. As a consultant of industrial, financial and commercial companies and corporate groups, Zambelli...
Read more

USA: What Employers Need to Know About Monkeypox

Authors: Katharine C. Weber, Melanie L. Paul, Patricia Anderson Pryor, Jenifer M. Bologna and Tania J. Mistretta Monkeypox (MPV) is the latest virus to catch wide attention. But it is important for employers to keep in mind that MPV is not COVID-19. Nevertheless, there are steps employers can tak...
Read more

USA: Reshoring as a Trending Choice for Manufacturers

Author: James M. Stone The COVID-19 pandemic and other global events have forced companies to assess their fundamental operations. Chief among the considerations of U.S. companies in 2022 is how potentially relocating manufacturing can mitigate the risks of unstable international trade and supply...
Read more

The U.S. Supreme Court concluded a blockbuster 2022 term, with several opinions that will have a direct and immediate impact on employers. Our 2022 mid-year report surveys these cases providing insight and offering resources to employers as they decide whether to make necessary changes or stay th...
Read more
Read all news
IMPORTANT COOKIES INFORMATION
We use technical cookies to ensure the proper functioning of the site, we also use cookies subject to your consent to collect statistics visit.
Click below on & laquo; ACCEPT & raquo; to accept the deposit of all cookies or on & laquo; CONFIGURE & raquo; to choose which cookies require your consent will be registered (statistical cookies), before continuing your visit to the site. Show more